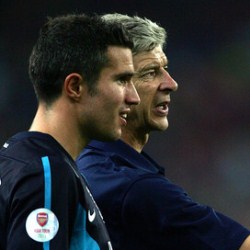 It has been revealed that Arsene Wenger has told skipper Robin van Persie that he does not need to buy new players.

The Daily Star reported that the Arsenal manager revealed in a meeting with the Dutch striker yesterday that he may not be ready to make any major plunge in the transfer market, despite the team’s poor start to the season.

Van Persie is understood to have asked to see Wenger yesterday in the wake of the 2-0 home defeat by Liverpool, which left the Gunners with just a point and no goals from their first two league games.