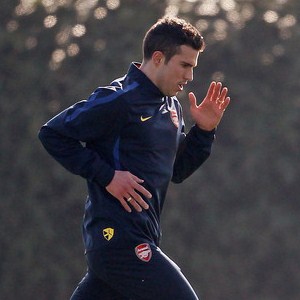 Arsenal striker Robin van Persie has declared that his side can win the Premier League title next season.

The Dutch international striker is confident that the Gunners can make it work next year as they have another crack at the title.

He told the Daily Mail: “We came close, very very close [to winning the title this season]. If you look at our games against big teams, I think we are first in that small league. We gained so many points against them.

“But one thing is for sure. We need to be more consistent because we have everything in our team. To play at the highest level is to be consistent. You look at Barcelona and they are literally playing four or five top games after each other and then they have one a bit less maybe, but they still win it.

“That’s what our aim should be as well. Although you can’t really compare their league and our league because it is a different way of playing football. But we do aim for the same.”

Arsenal On The Verge Of Selling Andrey Arshavin