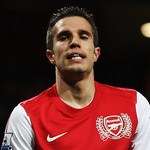 Robin van Persie has revealed that Arsenal need to find stronger characters for the dressing room.

In an interview before the Milan defeat, the Dutch international said: “Sometimes you have games in training that you think ‘Mmm, it’s just a bit low key and relaxed.’ ”

“But with players like him (Henry) around it’s just never the case. He always wants to win even if it’s an easy game and nobody is watching.”