Arsenal hero Martin Keown insists that Manchester United striker Robin van Persie will have something to prove against his old club tomorrow. 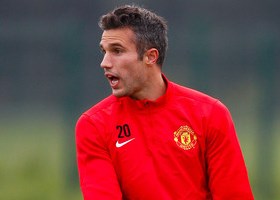 The former Gunners defender wrote in the Daily Mail: “Robin van Persie will have been watching Arsenal’s success so far this season with interest. He left and became a champion with United last year, but it feels like a new beginning for his old club. We all know about his quality, but he will want to prove that he still made the right decision to leave.

“In Laurent Koscielny, though, Arsenal have the perfect foil for Van Persie. He has come on so well and is now one of the best defenders in the League. He’s quick, mobile and tenacious so his battle with Van Persie will be crucial.”