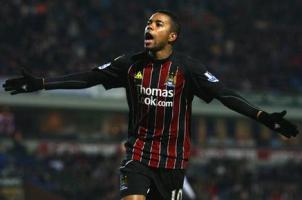 Interesting transfer news are out and it has been reported that FC Barcelona are close to agreeing a deal for Robinho with Manchester City.

It is reported that a major summit to thrash out the Brazilian’s transfer will take place in Abu Dhabi tomorrow, where members of the City squad not on international duty are training.

It is said that Manchester City chief executive Garry Cook will be present together with Barcelona representatives, Robinho’s father and the player’s commercial manager Chris Nathaniel.

Initially, Robinho is expected to move on loan during the January transfer window for a £6million ‘arrangement fee’, with a view to a permanent switch in the summer.

It is believed that Manchester City wants to get back the £32.5m they paid Real Madrid for him just 15 months ago.

The player’s move to City has not been a success and all parties are beginning to accept a transfer is in everyone’s best interests.

Robinho has made 32 Premier League appearances and scored 14 goals but an ankle injury has limited his appearance to only three times this season.

A source close to the player said that it is possible that Robinho will get his move and that FC Barcelona are very keen on securing his services.