Robinho Given A Hero’s Welcome At Santos 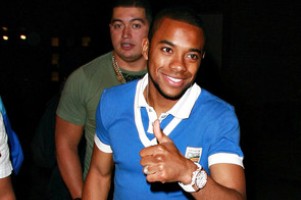 Manchester City winger Robinho was given a hero’s welcome at Santos yesterday.

Robinho was presented as a Santos player yesterday after joining the club where he started his professional career on a six-month loan last week.

It was reported that thousands of fans greeted Robinho as he flew in to the centre of the Vila Belmiro Stadium by helicopter, flanked by Pelé, the legendary Brazil footballer.

Robinho later said that he was happy that the fans have turned out to greet him and that he has a great love for Santos.

The Brazilian international then said that he will try in every match to make the fans happy with a Santos victory.

He then went on to say that one of his objectives is to go to the World Cup and playing well at Santos will prepare him for that.