It has been reported that Liverpool manager Brendan Rodgers has challenged his players to take on responsibility after their 0-0 draw with Sunderland. 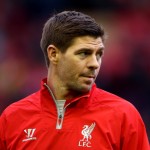 With a must-win match at home to Basle in the Champions League on Tuesday, followed by a trip to Old Trafford, Steven Gerrard was left on the bench until 23 minutes from the end.

The former England captain could not inspire his side to victory but Rodgers admits it should not always be up to him.

“We can’t always rely on Stevie. His talent is world-class but that contribution has to come around the team,” he said.

“It can’t be up to him every single game to be the catalyst.

“It is very hard to replace that quality but going forward that is something of course we will need.

“He was excellent when he came on and of course he plays on Tuesday.

“He still has that talent, he has world-class ability and it is me looking to manage that.

“We have a big month. Until the new year there are big games and the management of Steven is fine, there is no problem with that.”