It has been reported that the agent of Porto striker Jackson Martinez has talked up the prospect of moving to AS Roma. 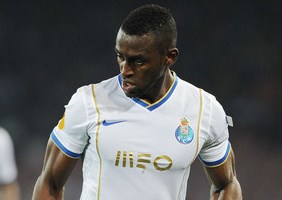 Agent Guglielmo Lara told tuttomercatoweb : “Is the price still the same? It’s difficult to say now, as it depends on the offer and the demand, while at this moment Porto have other things to think about,”.

“Roma are a great club, without doubt, but Porto haven’t started any talks for a sale at this moment.

“The situation is critical, as Porto are concentrated only on this final stage of the season. This other issue will be evaluated later on.” Arsene Wenger Delighted With The Return Of Thomas Vermaelen