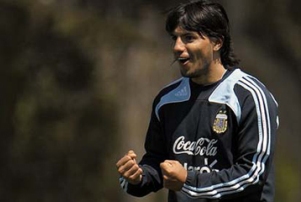 Chelsea owner Roman Abramovich has been said to be not ready to sign off on the deal for Atletico Madrid striker Sergio Aguero.

Local newspapers have reported that the Russian billionaire is reluctant to splash out a British record fee despite Aguero scoring twice against the Blues in their Champions League clash as he is not sure if the striker is worth £40m.

With annual wages of £6m, a five-year deal for Aguero would cost the tycoon a staggering £70m and Abramovich has yet to be convinced that would be value for money.

Despite his massive wealth, Abramovich has baulked in more recent times at spending vast amounts of money on players, aiming to try to see the club break even over one year.

A source close to Abramovich said the Russian owner has not decided yet on Aguero as it involves an awful lot of money to pay and that Roman will not rush into it.