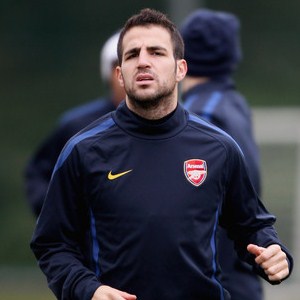 It has been revealed that Chelsea owner Roman Abramovich will compete for Arsenal captain Cesc Fabregas this summer.

The Sun has reported that the Russian billionaire wants the Blues to play a more thrilling and attacking style next season.

Arsenal captain Cesc tops his shortlist of names to boss his midfield.