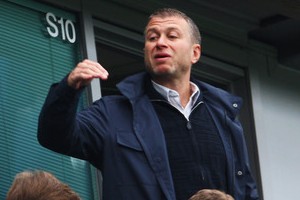 Chelsea owner Roman Abramovich wants the team to back up this season’s Premiership/FA Cup double by winning next term’s Champions League title.

According to captain John Terry, the Russian billionaire is intent on clinching the European prize and will not be happy until the Blues do so.

“There is no doubt in Roman’s mind and all our minds – we clearly want the Champions League,” Terry said.

“He said we must get it next season even though he is delighted with the Double and we’re determined to do it.

“We’ve come so close over the last five or six years and, at times, have been the best team in the competition yet haven’t gone on to win it.

“Next season, we want to move on from what we have done this time.

“We want to retain the Premier League title and win the FA Cup for the third year running.

“And, if we can add the Champions League to that list, the fans, players, management and Roman would be very happy.”


Avram Grant Set To Take Over At West Ham