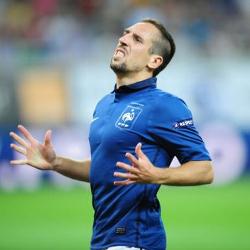 France saw their lead in Euro 2012 qualifying Group D cut to a single point after the most lacklustre of goalless draws in Bucharest.

In a game miserably short on goalmouth action, Franck Ribery missed the group pacesetters’ best chance – and they were relieved when Romania’s Banel Nicolita headed wide from close range.

The result, coupled with Bosnia-Herzegovina’s second win in four days over nine-man Belarus, left Laurent Blanc’s side with the narrowest lead over a Bosnia side who provide the opposition at the Stade de France in the final game of the group.