Everton striker Romelu Lukaku has declared that he wants a future with Chelsea. 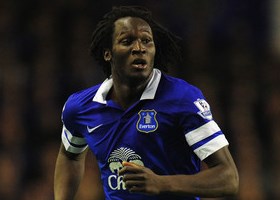 The Belgium international striker, speaking with Nieuwsblad, conceded he’s been frustrated with the lack of opportunity at Chelsea.

Juventus and Borussia Dortmund both expressed an interest in Lukaku, prior to the transfer window shutting, but he made it clear he still sees his long-term future at Stamford Bridge.

“They are not exactly small clubs, and it is flattering to be linked with them,” he said “I appreciate they feel I could handle playing at that level, but my goal has not changed. I want to succeed at Chelsea.”