Reports are out claiming that Chelsea are set to offer new terms to Romelu Lukaku. 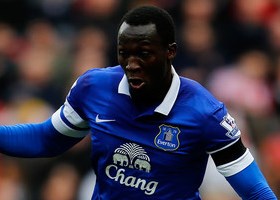 The Daily Star reported that the Blues have taken the shock step in a bid to preserve the Belgium striker’s transfer value, which they now believe is close to £30m.

They will sit down with the 20 year old after he returns from the World Cup with Belgium in a bid to thrash out a new deal.

If they are successful, boss Jose Mourinho will decide whether to keep him in their first team or send him back out on loan.