Everton boss Roberto Martinez has confirmed that Romelu Lukaku will be ready to face West Ham United on March 1. 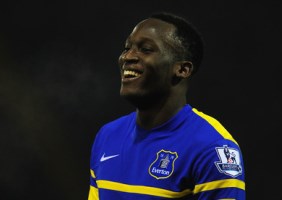 The Belgium international striker has spent the last three weeks on the sidelines with an ankle injury, and he would be fit for this weekend but he is ineligible to face his parent club Chelsea on Saturday.

Martinez said : “Romelu Lukaku is fully fit now and it’s just a matter of making sure that we get him back to his level of match fitness that he needs,”.

“From a medical point of view, he’s fit.

“It helps in a way that he’s not available for this weekend because this game may have been a little bit too early for him to be involved with the team.

“But now we’ve got nearly two weeks to make sure that he’s fully fit for the next home game and that’s very much a realistic target.”