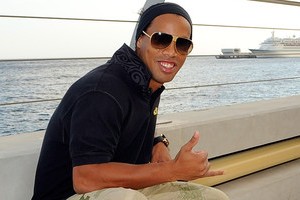 Interesting transfer news are out and it has been reported that AC Milan star Ronaldinho has accepted a contract offer from Flamengo.

According to Globoesporte, Ronaldinho has agreed terms with the Brazilian giants and is now ready to quit crisis club AC Milan.

It’s been revealed a clause in Ronie’s contract will allow him to leave Milan on a free transfer in January 11, leaving the Rossoneri with the dilemma this summer of selling him or renewing his deal.

It’s understood Ronie’s Flamengo agreement is worth around half what he is currently earning with Milan.

The player’s agent and brother, Roberto de Assis, is due in Milan for talks with club officials about the situation.