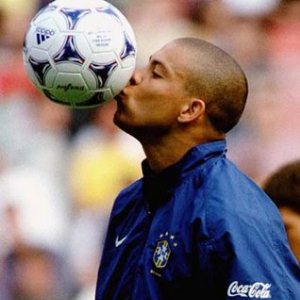 Arguably the world’s greatest striker, Ronaldo Luís Nazário de Lima or simply Ronaldo has confirmed that he will announce his retirement on 14th February 2011, calling time on a rich and unforgettable career in football.

The legendary striker and three times FIFA World Player who is currently with Corinthians, has cited injury and fitness concerns as the reason for his premature retirement.

During his illustrious career, Ronaldo has earned the nickname of “The Boy Wonder“, “The King“, “The Miracle Man“, “The Keeper’s Nighmare“, “The Phenomenon“, “The Unstoppable“, “The Number.9” and many more. 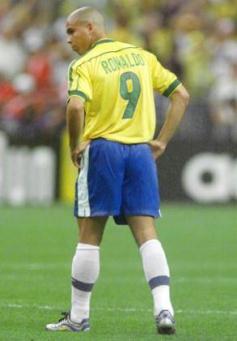 Ronaldo is definitely one of the most famous Brazilian footballer in the world. He became a member of the Brazilian squad at the tender age of 16 and won numerous titles including the FIFA World Cup (1994, 2002), Copa América (1997, 1999) and the FIFA Confederations Cup (1997). Ronaldo has played for Brazil in 97 international matches, amassing 62 goals and became the highest goalscorer in the history of the World Cup with his fifteen goals during the 2006 FIFA World Cup.

Ronaldo however had a humble beginning to his career and rose to stardom thanks to his hard work and pure Brazilian genius when it comes to scoring goals.

Ronaldo began his career in Cruzeiro after he was turned down by his favourite team Flamengo. The young striker scored an impressive 12 goals in 14 appearance for the Brazilian side. He was only 16. Ronaldo was also selected for the 1994 World Cup but his appearance was only limited to the bench.

Ronaldo joined Dutch side PSV at the age of 17 and played there for the next two years of his life. He was once again prolific in front of goal, scoring an amazing 42 goals in 46 matches for the club. It was here when Ronaldo suffered his first knee injury but managed to make a comeback and his performance attracted interest from clubs all across Europe.

At the age of 19, the young Ronaldo was snapped up by Spanish giants FC Barcelona for a record fee of $17 Million. Ronaldo scored an incredible 47 goals in 49 games in all competition. Ronaldo won his first ever FIFA World Player of the Year while playing for Barcelona and became the youngest ever to win the title. Ronaldo’s stay at Barcelona did not last long after problems with the renegotiation of his contract.

Italian giants Inter Milan then signed Ronaldo for a world record fee of £19 Million. Ronaldo won FIFA World Player of the Year for the second time in 1997, and collected the Ballon d’Or the same year. It was with Inter Milan when Ronaldo was regarded as the world’s best player but it was also where he suffered two serious knee injuries. Ronaldo however made his comeback in 2002 and won the World Player of the Year award for the third time at the age of 25. Ronaldo’s record in front of goal was second to none as he scored an amazing 59 goals in 99 appearance in an injury plagued career.

Ronaldo was given his most recognizable nickname Il Fenomeno by the Italian press while playing for Inter Milan.

Ronaldo joined Real Madrid in 2002 after the Spanish giant paid Inter Milan a staggering for €39 million for his services. The Brazilian striker made 127 appearance for Real Madrid scoring a whopping 83 goals even tough he was injured throughout his time with the Spanish side. Ronaldo slowly became out of favour due to injuries and weight issues and matters got worse for Ronaldo when Real Madrid signed Ruud van Nistelrooy from Manchester United.

At the age of 30, Ronaldo joined another Italian side, this time AC Milan. Ronaldo was sold for a transfer of €7.5 million by Real Madrid. The Brazilian’s time at Milan was hampered by injury problems and weight issues and Ronaldo only managed to score 9 goals in 20 appearance for the Italians. On 13 February 2008, Ronaldo suffered a severe season-ending knee injury and was stretchered off and taken to a hospital. Ronaldo was released by Milan at the end of the season, as his contract expired and was not renewed. 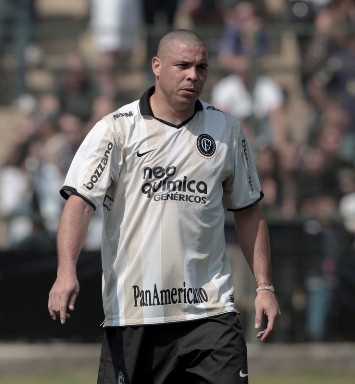 Ronaldo who was out of contract trained with Flamengo during his recovery from knee surgery, and later joined local rivals Corinthians. Ronaldo went on to play a total of 31 games for the Brazilian side scoring a total of 18 goals along the way. Ronaldo however was not injury free as he was constantly bothered by injury problems and weight issues. In February 2011, after his side was eliminated in the 2011 Copa Libertadores and threats from Corinthians’ supporters, Ronaldo announced that he was retiring from football.

Without a doubt, Ronaldo is one of the greatest footballers in the world and is second to none when it comes to finding the back of the net.

Ronaldo has entertained football fans all around the world no matter the age, religion or colour and his skill, speed and quality in the beautiful game has inspired many modern footballers of our generation.

The time has come for Ronaldo to hang up his boots and he will surely be remembered as the greatest striker that ever lived – Long Live The Phenom!