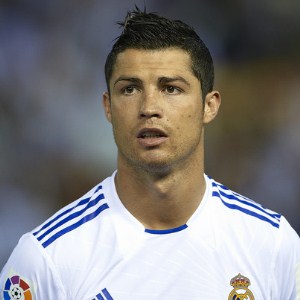 Cristiano Ronaldo was euphoric after winning the Copa del Rey against Barcelona.

The Real Madrid superstar towered home an extra-time header to beat Barcelona 1-0 at the Mestalla.

The former Manchester United star said : “It is a very important title for us. It was a goal we had for this season and we succeeded. And we did it against a Barcelona side who played very well in the second half,”.

Ronaldo added that it was coach Jose Mourinho’s work which was key in the success: “He gave us all a winning spirit. He knew that we needed to be passionate tonight to win – and we showed that.”