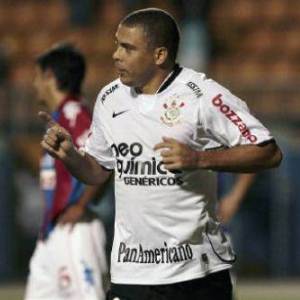 Brazilian legend Ronaldo scored two goals in the last six minutes as Corinthians crushed nine-man Avai 4-0 to climb to within one point of Brazilian championship leaders Fluminense on Wednesday.

Ronaldo, still visibly overweight and unfit after an injury-plagued season, opened his account in the 84th minute when Avai had already had striker Robinho and defender Emerson sent off.

He then converted a 90th-minute penalty after Dentinho had been brought down.