It has been reported that Real Madrid president Florentino Perez is adamant that Cristiano Ronaldo will play out his career in Spain. 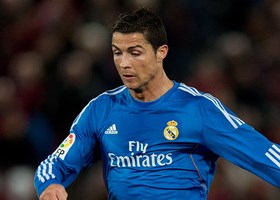 Perez claims that the Spanish giants are fortunate to count on the former Manchester United star.

“We have a fantastic team with a player who is defining an age. We are immensely proud that Cristiano Ronaldo is with us; he will spend the rest of his career at Real Madrid. He is the greatest player on the planet, and one of the greatest of all time.” Sergio Ramos : Mourinho Will Always Have Our Support