Rooney Apologises For Outburst And Pleads For Fan Support 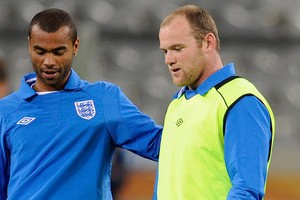 Manchester United striker Wayne Rooney has made a rallying call for their final game against Slovenia after apologising to the fans for his outburst.

Rooney has taken the correct course of action by dealing with the matter so swiftly with such a big match now looming and the pressure on him to deliver is higher than ever.

Wayne Rooney also issued a rallying cry which he hopes will lead to unity as England chase that crucial victory this week against Slovenia.

Rooney told reporter that : “I am as passionate about the England team as anyone,”.

“The most important thing now is to regroup, be positive and work towards winning the game on Wednesday.

“To do this the players will need the support of the fans more than ever.”

Rooney is yet to open his goalscoring tally in this World Cup and will be hoping to find the back of the net against Slovenia.


Lampard : Don’t Panic, England Will Rise To The Occasion!