Reports are out claiming that Wayne Rooney is ready to prove himself to new Manchester United boss Louis van Gaal. 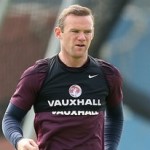 It is said that the England international striker is determined to impress Van Gaal during United’s pre-season trip to the United States.

“We all have to go out and show what we can do,” Rooney told The Sun.

“We have to show him every day in training what different qualities we have got as players and a team.

“Everyone wants to impress the new manager so that is what we are all aiming to do.

“We will try to put what we are doing in training into the games. Obviously, we have a manager with new ideas so we have to try to train well and make sure we are listening to what he wants to do and take that on to the pitch. We have to show him what we can do.

“I’ve only had one session but the preparation has been really good. I’m just looking forward to getting more sessions in before our first game.”