Reports are out claiming that Wayne Rooney is full of praise for Manchester United new boys Ander Herrera and Luke Shaw. 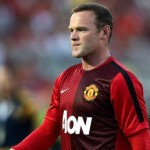 Both youngsters impressed in the 7-0 rout of LA Galaxy.

The England international striker struck twice and said before kickoff: “Obviously I know Luke from my time in the national team, in the summer playing with him.

“Ander has come in and he’s looked really good, so I’m looking forward to getting involved in a game with them and hopefully we can play well together.”