It has been revealed that Wayne Rooney has called on Manchester United to take their Champions League momentum into their faltering Premier League campaign. 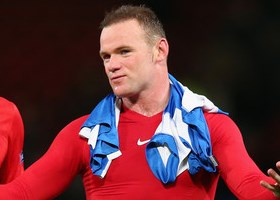 United’s European form is at odds with the struggles of David Moyes’ side in the Premier League.

The England international said : “We hope to take this momentum into Saturday,”.

“We have been too inconsistent. We have to get that consistency about our game and hopefully this win is the start.

“Stoke is a massive game for us.

“We are already a few points behind in the league so we can’t drop any more at this stage. We need to make sure we get that win we need.”