Wayne Rooney has admitted that Manchester United’s Capital One Cup clash with Liverpool now has greater importance after their thrashing at Manchester City. 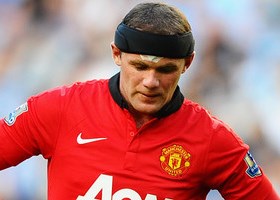 The reigning Premier League champions were humiliated 4-1 at the Etihad.

The England international told MUTV: “The points were the most important thing today and we’ve come away with none. However, we’ve got a big game against Liverpool on Wednesday so we’ll try and forget about today and move on in that game.

“We’ve all grown up – whether in Manchester, Liverpool or elsewhere in the world – with local football derbies and it’s not nice when you lose one. I’ve been there myself as a fan and as a player it’s never a nice moment. But thankfully we’ve got the game against Liverpool coming up Wednesday and it’s something we are looking forward to now in the hope that we can get the victory to put this defeat to the back of our minds.”