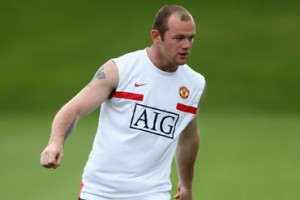 England striker Rooney scored his 21st goal of the season to give United a dramatic 3-1 win on the night with former striker Carlos Tevez scoring for City.

Rooney after the math told reporters that United were the deserved winners.

He added that the team started well and had a go at Manchester City and that they just did not know what to do.