Reports are out claiming that Wayne Rooney feels he produced a Paul Scholes-like performance for Manchester United on Boxing Day. 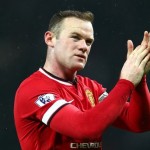 Rooney played as United’s number 10 in behind van Persie and Radamel Falcao and likened his goals to some of those scored by Scholes during his brilliant career as an advanced midfielder.

“It’s a role that I’ve played many times and I know I can play,” Rooney said.

“The manager has given me even more licence to get forward and get into the box from that role.

“As Paul (Scholes) did many times over his career, he could see the ball when it was wide and see the space and run into it – I did that today with my two goals.

“It’s nice to win, nice to score goals and I’m delighted with the performance.”

Rooney’s double took his Premier League season tally to eight from 14 matches and increased his recent run of form at Old Trafford to 11 goals from his past nine outings at the venue.