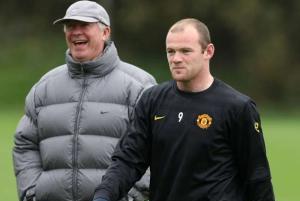 The United striker has been sidelined with a calf injury since England’s World Cup qualifier in Ukraine a fortnight ago and is unlikely to recover in time.

However Sir Alex Ferguson still harbours a slim hope that Rooney will feature but his star forward faces a fitness race along with Scotland midfielder Darren Fletcher.

Sir Alex told reporters that he can’t give a clear picture on the injury front, but there are still some doubts about Rooney and Darren Fletcher.