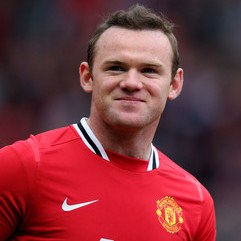 Rooney is one of six nominees for the prestigious prize, which he won in 2010.

“It is nice to be nominated,” Rooney told MUTV.

“Obviously it’s a great award to win so and it’s your work throughout the season that gets you into that position. But more than likely, Van Persie will win it.”