It has been reported that Manchester United captain Wayne Rooney hopes to take their QPR form into today’s clash at Leicester City. 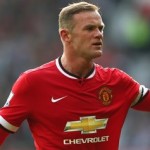 The England international striker hopes his team-mates can produce a similar display following an enjoyable week at the Aon Training Complex, where the club’s raft of summer signings have continued to integrate themselves into the squad.

“QPR was great, it’s always great to play in a game where the team are going forward, playing flowing football and scoring goals,” Rooney told MUTV.

“The performance did look impressive. We’re working hard in training and putting the hours in to make sure that we are playing well together when we go into games. That’s important as we’ve got quite a few new players and we need to make sure that things are right for the weekend.

“I think it’s great for the team and the fans. When you look at the world-class players that we are bringing in it makes for exciting times for us all. For me as a player you just want to go into the team with them and hopefully be successful with them.

“I’m sure it [selecting the team] is a difficult decision for the manager, but it’s a good problem to have. There are so many good players now that are capable of stepping in and doing a job for the team.”