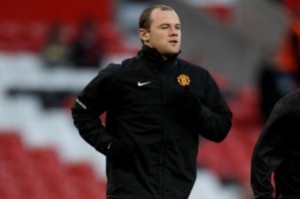 Manchester United striker Wayne Rooney has taken out the PFA Player of the Year award.

Rooney adds the triumph to his two Young Player of the Year awards and admitted it was a great feeling to be nominated by the players.

“It’s a great feeling to win the Player of the Year award because it’s voted for by the players,” said Rooney.

“It’s something I’m really proud of and it’s a great honour.

“I saw the players winning the main one and it’s something I’ve aimed for since.”

Rooney also praised United manager Sir Alex Ferguson for helping him evolve his game so much in the past few years.

“Sir Alex is a great manager who has really brought me on as a player since I joined United,” he added.

“His hunger passes through to the players. It’s great to see that he’s pushing 70 and hasn’t changed a bit.