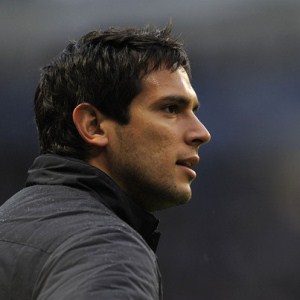 Manchester City striker Roque Santa Cruz has confirmed that he is ready to quit the Eastlands club when the transfer window opens in January.

There were huge expectations on Santa Cruz, 29, when he joined City from Blackburn in the summer of 2009, but he was plagued by injuries in his first season at the club and has not got a look in this term.

The Paraguay international striker claims that he is injury free and training well, but cannot convinced manager Roberto Mancini to hand him a chance.

“Competition for places is great and I’m working every day to try and convince the coach, but I’m still not getting picked,” he told Spanish radio station Cadena Ser.

“I’m not getting the playing time to convince anybody and my priority is to leave in the January transfer market.

“I’m 29 and still hope to fulfil my dream of playing in Spain. It is the dream of most South American players, hopefully it will happen.”