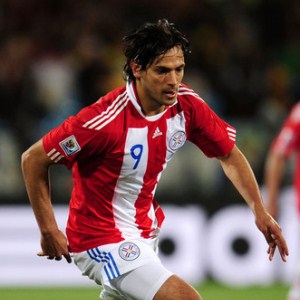 It appears that the future of Manchester City striker Roque Santa Cruz is away from the English Premier League as his name is being linked with a move to MLS club DC United.

The 29-year old Paraguay international striker is currently out of favour at Manchester City and reports suggest that United are showing considerable interest.

The former Blackburn Rovers striker still has three years left on his Manchester contract which would make things difficult for United who would have to pay at least $2.5million a season for his services.

Santa Cruz who also had a stint in Germany with Bayern Munich joined Manchester City for $28million last summer and almost joined Italian outfit Lazio in the recent transfer window.

It seems a longshot but reports suggest the interest is there from DC, although it is not quite clear just how genuine it is.