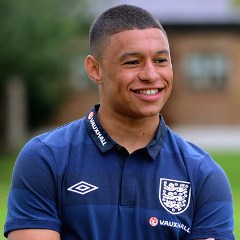 It has been revealed that England coach Roy Hodgson was delighted with Alex Oxlade-Chamberlain’s performance in victory over Moldova.

The Arsenal winger was impressive in the 5-0 win.

Hodgson said: “I’m really pleased with Alex Oxlade-Chamberlain in the first half and Theo Walcott in the second half.

“Alex hasn’t played much so we were worried about keeping him on for too long. At half-time he was really tired and we eventually took him off.”