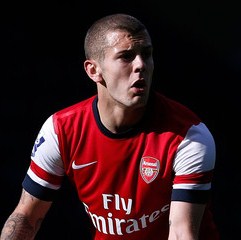 Hodgson has urged England fans not to expect the return of Wilshere to wave a magic wand over the Three Lions’ fortunes.

He said: “Jack did very well, didn’t he, when he broke into the team.

“He was a revelation, however long ago it was – a year or a year and a half ago – but he’s been injured since then.

“The thing we’ve got to realise about him, as Arsene mentioned, is that he’s been out of football for a long, long time. He’s a wonderful talent and of course it would be terrific if he could reproduce that form when he becomes involved again.

“But I’m also keen, like Arsene, to play down the expectations. When you’ve been out for well over a year, like he has, to come back and play like he was before might take a little bit of time.

“He’s certainly one we’re going to be watching very carefully, but first we have to wait and see how long it is before Arsene puts him back in the Arsenal squad.”