It has been reported that England coach Roy Hodgson’s feud with Liverpool boss Brendan Rodgers is escalating. 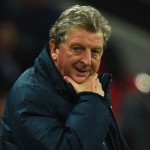 The 67 year old stoked up his war of words with his Anfield counterpart by insisting there is no medical evidence to back up giving players two-day recovery periods after matches, something Rodgers is a firm believer in.

Discussing Raheem Sterling’s situation, Hodgson said: “I don’t think there is a lot of medical evidence to support the ‘two day recovery.

“If you want to, you might want to research that one. Certainly, the Germans, who everyone admires so much, they don’t do it. That is for certain.

“Raheem might say it (the two-day recovery period) is something that is becoming ingrained in him and that he felt the need to talk about being tired more than he would normally do.”