It has been reported that Manchester United legend Roy Keane is not convinced by the team’s recent revival. 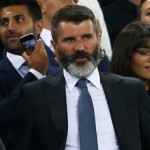 The 43 year old believes there will be TWO more years of pain before the 13-time Premier League champions stand a chance of ­being England’s top dogs again.

He said: “Things have been a bit better the last few weeks for United. They have got lots of goals in their team now and are great going forward.

“But in terms of winning the big prizes like the Premier League and the Champions League, I think that might be a few years down the road yet.

“They need to rebuild their ­defence.

“You can win football matches going forward but at the back – with the injuries and lack of ­experience they have – it will be very hard to win titles.”