Reports are out claiming that Roy Keane has hit out at Manchester United’s defending in their FA Cup quarter-final defeat to Arsenal. 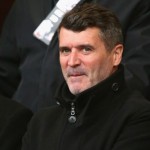 The Red Devils were beaten 2-1 by the Gunners at Old Trafford on Monday night with the third goal of the night a clear defensive error from Antonio Valencia which allowed Danny Welbeck to round David De Gea.

However, former captain Keane felt there was more to worry about from a defensive viewpoint than just the under-hit backpass from right-back Valencia, highlighting Nacho Monreal’s 25th-minute opener.

“It was shocking defending. I was critical of the first goal but that was even worse,” said Keane.

“United needed to do more, they never got going in the second half. I don’t begrudge Arsenal the win.

“There is a time to play and a time not to – Phil Jones should have cleared it. Valencia compounded his first half error.

“I think the keeper (De Gea) can take Welbeck out of the game. He would get sent off but he could have made the sacrifice.”