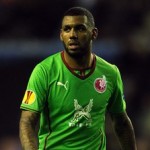 TMW reported that M’Vila, after spending several days in Milan, has now returned home to Paris waiting for the next move.

It is said that Inter and Rubin Kazan are haggling over a price for the midfielder, who is eager to see the deal done.

It’s been suggested Inter’s outright signing of Saphir Taider from Bologna was completed this week with the view to offering him as part of a bid for M’Vila. Chievo Not Interested In Selling Marco Andreolli To Inter Milan