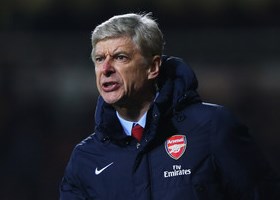 Bayern Munich chief Karl-Heinz Rummenigge has admitted that the club came close to nabbing Arsene Wenger before his move to Arsenal.

The two teams meet in the Champions League this week.

“In England, there are many good coaches and I like Arsene,” said the German.

“We were very close in the 1990s to signing him. He was managing Monaco. We were in discussions to bring him to Munich but he decided to go to Tokyo.”