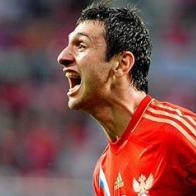 Alan Dzagoev scored twice as Russia justified their billing as Group A favourites with a 4-1 dismantling of the Czech Republic at Wroclaw’s Stadion Miejski.

Dick Advocaat’s side could have had more goals on the night, but settled for the four with Dzagoev (15, 79), Roman Shirokov (24) and Roman Pavlyuchenko (82) leading the Czech Republic’s pedestrian defence a merry dance.

At 21, Dzagoev is the second youngest player to score twice at the European Championships after England striker Wayne Rooney, who scored his two at the age of 18 in 2004.