Giggs was asked if the record signing from Chelsea could become one of the club’s all-time greats. 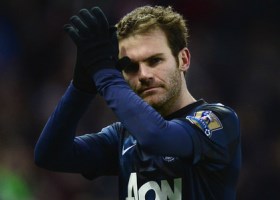 “I think he could be,” replied Giggs on MUTV.

“He’s obviously got the talent.

“I don’t want to put too much pressure on him but I don’t see why not. I think that coming here will help him with regards to playing for Spain as well, if he is playing week in and week out [for us]. Spain have got a great side so if we have a regular Spanish player within Manchester United, it will be great because they are such a good team at the moment.

“The players are just like the fans,” Giggs continued.

“When they see a quality player come through the door, it gives them that excitement and you feel it around training. It gives everybody a lift.

“He has fitted in well. Obviously, we’ve played against him for the last three years and know the quality he has got. He’s fitted in straight away and speaks really good English – better English than most of the lads!” Man Utd Expected To Complete The Signing Of Ander Herrera