Manchester United player-coach Ryan Giggs has declared that the team must not dwell on their shock defeat to Everton. 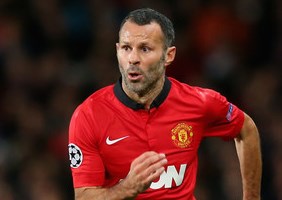 The Welsh veteran, who turned 40 last week, insists that the Reds must take any chances to bridge the gap to the top of the Barclays Premier League table during a busy December.

“We’ll get a better idea in the New Year, and hopefully we can start picking up points again,” he said.

“We’ve had a few disappointing results, but the performances have not been that bad. We’re just not getting the rub of the green, or taking our chances when we should. If you don’t do that, you are going to get punished like we did against Everton.”