It has been reported that Manchester United No2 Ryan Giggs is convinced about the talent running through the academy. 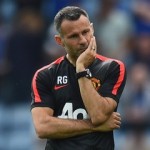 The Welsh legend revealed local talent is still getting their chance through the United system.

He told talkSPORT: “I hope there is. It will be difficult because that was a special time and group of payers. It’s in the DNA and history of Manchester United though to bring young players through. It’s not only at reserve level and youth level, it’s now under-7s and under-8s.

“We’ve had really good results with that. Ten of the under-18 team that played on Friday night have been together since under-7s. It’s what the club is all about. It’s set up to do that year in and year out.”

Chris Smalling : Winning Desire Of Man Utd Strong As Ever!