Manchester United player-coach Ryan Giggs has declared that the squad is deep enough to handle a tough two weeks. 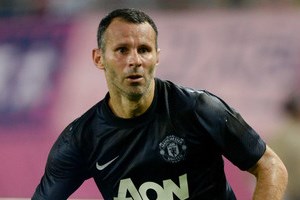 The start of the Reds’ Champions League campaign, at home to Bayer Leverkusen on Tuesday, kicks off a hectic run of four games over 11 days.

Giggs declared to ManUtd.com : “I think we’re in good shape,”.

“In the first few games of the season you don’t really know where everyone’s at because players have joined at different times of pre-season or missed pre-season altogether.

“But now, especially after the international break, I think a few of the guys have caught up in terms of training or minutes on the pitch for their countries. We’re all ready and prepared to fully use the squad now because it seems like there’s a game every couple of days from now on.”