It has been reported that Ryan Giggs is ready to end his playing career at Manchester United. 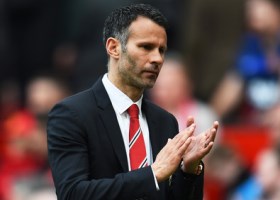 The Welshman has told United that he is unwilling to accept a role on Louis van Gaal’s backroom staff when the Dutchman takes over unless he is given assurances that he will have an influence.

The 40 year old said: “I can only play for United. It’s black and white, and it’s not about money.

“I’ve been extremely lucky in that I have only ever worked at United, but I am still a young man in relative terms in management.

“I could have another 20 to 25 years in the game – and it might not all be spent at United.

“If I went elsewhere it would be strange, but I can see myself doing that.

“The association I have with United will always be special – if I have to do it I’ll do it, but how it will feel I don’t know.”