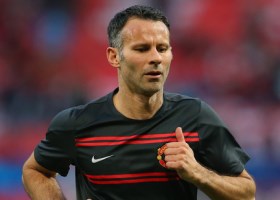 Manchester United player-coach Ryan Giggs has declared that they cannot give up on a late top four run.

The reigning Premier League champions appear out of the race for Champions League qualification.

But the former Wales international argued: “As long as it’s still possible to get a Champions League spot, we have to go for it.’’