It has been reported that Manchester United interim manager Ryan Giggs says the club should deal in Rio Ferdinand and Patrice Evra. 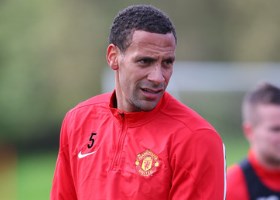 Nemanja Vidic has already confirmed he will leave for Inter Milan, but Giggs has been pressing for Ferdinand and Evra to be awarded fresh terms with their current deals due to expire in the summer.

The Welshman said : “I do believe they still have a part to play (next year),”.

“Both their contracts are up but they have both given massive service to the club.

“They are both fit and they both looked good last week. I don’t see why not.

“Decisions on a lot of players were made four or five weeks ago. It is just a couple that are a bit up in the air. I have just given my point of view, then we will make a decision.”


Marouane Fellaini Saddened By The Sacking Of David Moyes