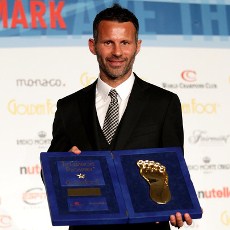 Ryan Giggs has won the prestigious Golden Foot in Monaco.

The Manchester United veteran was named Golden Foot winner after a record number of votes were cast on the competition’s website.

As part of his prize, the Welshman will have a permanent mould of his footprints on Monte Carlo’s ‘Champions Promenade’. This Hollywood-style celebration features some of the biggest names in the history of the game.

He said, “It’s a great honour to win such an award and to have my footprints alongside some of the greatest football players is a real privilege.

“I have been fortunate to play alongside great players, play for the greatest manager and play for the best club in the world. At the moment I am still enjoying my football so I have not thought about what I will do when I finish, but if it all finished tomorrow I could say that I have had a fantastic career and wouldn’t swap it with anybody.” 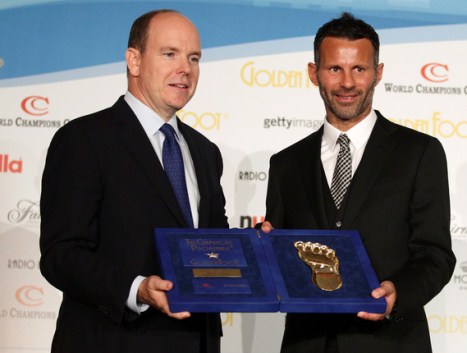