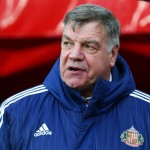 He said: “Arsenal won’t have a better time to win the league than this season.

“A normal season would have seen Leicester, with the season they have had, maybe finishing in the top four, which would been miraculous.

“But they have had an opportunity that, without any doubt, Arsenal have missed.

“Leicester have taken it and Arsenal have lost it.

“We were all saying, ‘What a chance for Arsenal’.

“They were going to take advantage of the Man City, Chelsea and Man United slip-ups and win the league. But Leicester have shown everybody how to do it.”